When it comes to modern street photographers, few are as… 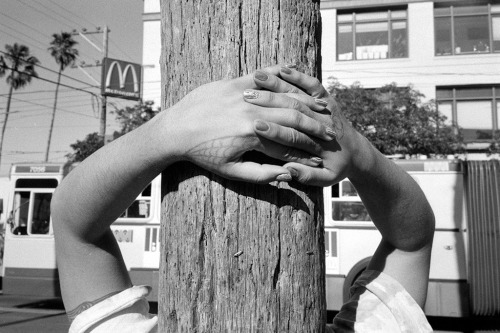 When it comes to modern street photographers, few are as successful at their craft as Troy Holden, who lives in works in San Francisco.

On his blog, Troy shares snapshots that capture that seem to capture the essence of San Francisco in a way that few others can.

San Francisco Street Photographer Sums up the City in Snapshots

Seen those entrancing cinemagraphs from photographers like Romain Laurent?

We put together a guide that walks you through the process of turning your photos into gorgeous looped animations.

Our Guide to Creating Gorgeous Cinemagraphs

Tripods are a photographer’s best friend, but lugging one around… Tripods are a photographer’s best friend, but lugging one around is such a burden!

For top notch photos from your phone, our GorillaPod Mobile keeps your smartphone steady. Plus it’ll hold onto any surface imaginable!

The GorillaPod is a Super Flexible Tripod For Your Phone

Photographers are naturally drawn to the art of surfing, but… Photographers are naturally drawn to the art of surfing, but Joni Sternbach captures her subjects from across the world in a wonderfully unique way.

Instead of focusing on the high speed shots of people catching waves, she uses the tintype process to take these gorgeous portraits on the beach. Make sure to check out our Perfect Portrait Kit to step up your own game.

These Aren’t Your Average Surf Photos We’ve seen photographers use mirrors as an element in their work before, but

Guillaume Amat’s series Open Fields blows everything else out of the water.

Using seriously precise angles, Amat manages to create an illusion with the reflection in the mirror. That sort of precision is made simple with our Expedition Wooden Tripod.

With so many talented surf photographers in the world, creating… With so many talented surf photographers in the world, creating your
own work that doesn’t look like everything else is exceedingly
difficult.

Rather than documenting west coast surfers from a
photojournalism perspective, Toby Harriman used the long exposure
technique to turn the sport into fine art.

Long Exposures of Surfing Turn the Sport Into Fine Art