This big bad Gorillapod can hold up any camera, big or small, in… 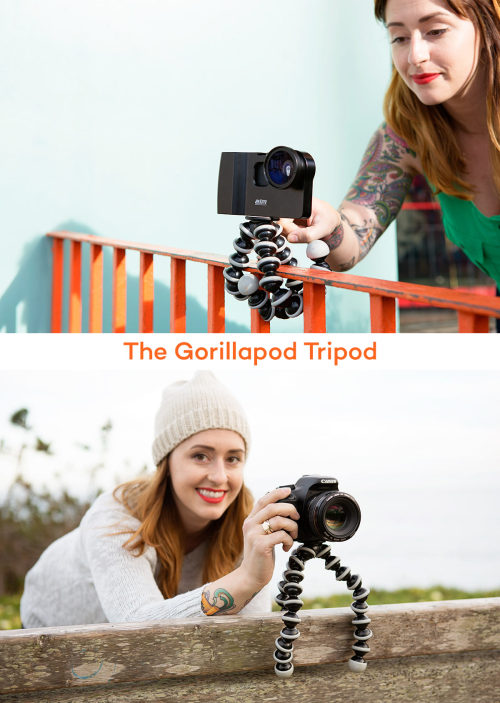 This big bad Gorillapod can hold up any camera, big or small, in any situation.

Like a real Gorilla, but with a lot less chance of destroying your camera. Li’l Laser is throwin’ down as the best brand new projector in town … any town!

Take Li’l with you everywhere to project vids and pics from your phone. For ten years between 2001 and 2011, the transit authority in New York City disposed of nearly 2,500 old subway cars, and from our personal experiences on the NYC underground, they could’ve tossed a few more.

Photographer Stephen Mallon documented the surreal operation of dumping the retired cars into the Atlantic, where they became permanent underwater reefs.

Surreal Photos of Old Subway Cars Being Dumped Into the Atlantic How do you capture some of the world’s most iconic locations in a unique way? For London-based photographer Rich McCor, it involves a bit of playfulness and humor.

On his Instagram, Rich transforms some of Europe’s most memorable landmarks with clever paper cut outs.

Tags: capture, iconic., in..., locations, most, some, worlds

Tags: capture, iconic., in..., locations, most, some, worlds

Light painting is a technique used to visualize motion in… Light painting is a technique used to visualize motion in single, still photograph, but deciding what to visualize is an entirely different story.

Sure, you can find tons of old 35mm cameras on Ebay or even in… Sure, you can find tons of old 35mm cameras on Ebay or even in your parents’ attic, but there’s nothing quite like building your own.

The Konstruktor Camera Kit lets you do just that, and unlike some other DIY projects, this one produces a high quality camera you can actually use.

Stop Digging Around in the Attic and Build Your Own 35mm SLR!