Photos of volcanic eruptions are extraordinary by default, but… 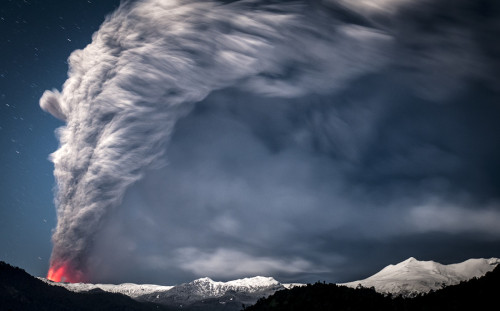 Photos of volcanic eruptions are extraordinary by default, but these by Francisco Negroni are a cut above the rest.

Negroni grabbed these spectacular shots of a volcano in Chile erupting in the midst of a powerful lightning storm.

Photos Show the Awesome Power of a Volcanic Eruption in Chile

not a fan of these 2 but…. this is goalsssssssssss

Tags: but..., goalsssssssssss, these, this

Tags: but..., goalsssssssssss, these, this

Miss the Golden Globes last night? Don’t worry, we did too, but… Miss the Golden Globes last night? Don’t worry, we did too, but we’re digging these black and white portraits of the night’s stars and starlets taken by

The duo typically do high fashion work, but last night they shared a dozen or so striking portraits of today’s biggest stars to their Instagram. Natural disasters always spawn breathtaking photographs, but we’ve never seen anything quite like these images of the aftermath of a toxic spill in Hungary.

Back in 2010, photographer Peter Kollanyi produced these haunting photos from the village overrun with toxic sludge, and they look like something straight out of a horror movie.

Haunting Photographs of a Village Overrun With Toxic Sludge

Shooting underwater is challenging in and of itself, but… Shooting underwater is challenging in and of itself, but photographer Lola Mitchell seems to have mastered the technique.

Her portfolio is full of gorgeous underwater shoots, but we’re particularly fond of this series featuring women dressed in flowing gowns.

They appear to be carefully edited photos of molten lava, but… They appear to be carefully edited photos of molten lava, but the Blue Fire Crater in Indonesia actually oozes super heated sulfur which glows blue.